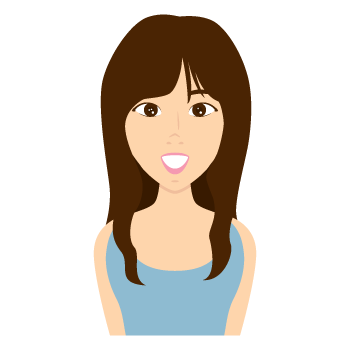 What do you think about when you get your family together for a new picture? If you are like me, you might worry more about wiping away food particles and making sure that everyone is smiling than you do about your own look. However, taking great family photos takes a little pre-planning, just like anything else. I want to help you to take the guesswork out of your once-yearly family photo session, which is why I made this blog. Check out my helpful tips for how to make your kids smile, how to make your outfit pop, and how to choose photography themes you will love for years.

When choosing a kid photo backdrop, a professional …

When you hire a photo editor to perform some touch …

If you're looking for a unique gift for your partn …

Read More
Photographing Kids? 4 Steps To A Stress-Free Session
15 May 2019

If you've just started out as a professional photo …

It's common for families to snap smartphone pictur …

Snapping a picture of your child running through the park, climbing up a ladder on the playground or peacefully painting a picture seems simple. But, what about posing a preschooler or asking a toddler to sit and smile? Understanding the young child's development can help make portrait photography much easier on the photographer and parent alike. Whether you're taking the picture of your own child or you're a pro at your own studio, these developmental milestones can make your session more of a fun (and, not frustrating) time.

Babies are changing rapidly. Photographing a 2-month-old is a completely different experience than you'll have with a 7-month-old. Newborns have very few motor skills. They can't hold themselves up and won't push up onto their hands (while placed on their tummies) until after two months. By  four months, a baby is socially smiling (meaning that the 4-month-old may just give you an adorable grin when you shake a toy nearby and make a funny face), copying other people's facial expressions and holding her head up.

At 6-months many babies can sit up unassisted and roll over. A 9-month-old is starting to crawl (possibly), making it more of a challenge to capture a posed picture. As baby reaches the 1-year mark, she may be able to pull herself up to standing and even walk. This opens up a world of new photo possibilities, such as using standing poses or motion-filled candids.

Between two and three years, children are refining motor skills, such as walking and running. With a growing sense of independence, the toddler may have a favorite word – "No." Don't stress, as these increasingly social little ones are getting better at understanding what you're saying and can follow simple directions (and re-directions).

Candid photography with a toddler allows the young child to act independently and doesn't require overly long sitting times. Toddlers have notoriously short attention spans (under 15 minutes), meaning that they may not do well with a session's worth of posing. Instead, try varying positions often, giving the child props to play with, or going outdoors for a change of scenery.

Between three and five years, children are building motor skills that allow them to run well, hop, stand on one foot, throw/catch a ball and even ride a tricycle. They're also growing more social, enjoying spending time with friends. By four years, most children can understand between 2,500 and 3,000 words, according to PBS Parents. This makes directing a preschooler easier than it was during the toddler years.

Even though preschoolers can't sit still for long periods of time, they typically have the ability to stay put for a pose or two. That said, varying the setting, position and props is still helpful when it comes to keeping the Pre-K kiddo on track during a photo shoot.

Photography with children requires knowing what to expect at what age. Learning basic developmental milestones can help you, as the photographer, capture a better picture and make the most of your photo session. For more information, contact Delaina Marie Photography or a similar company.